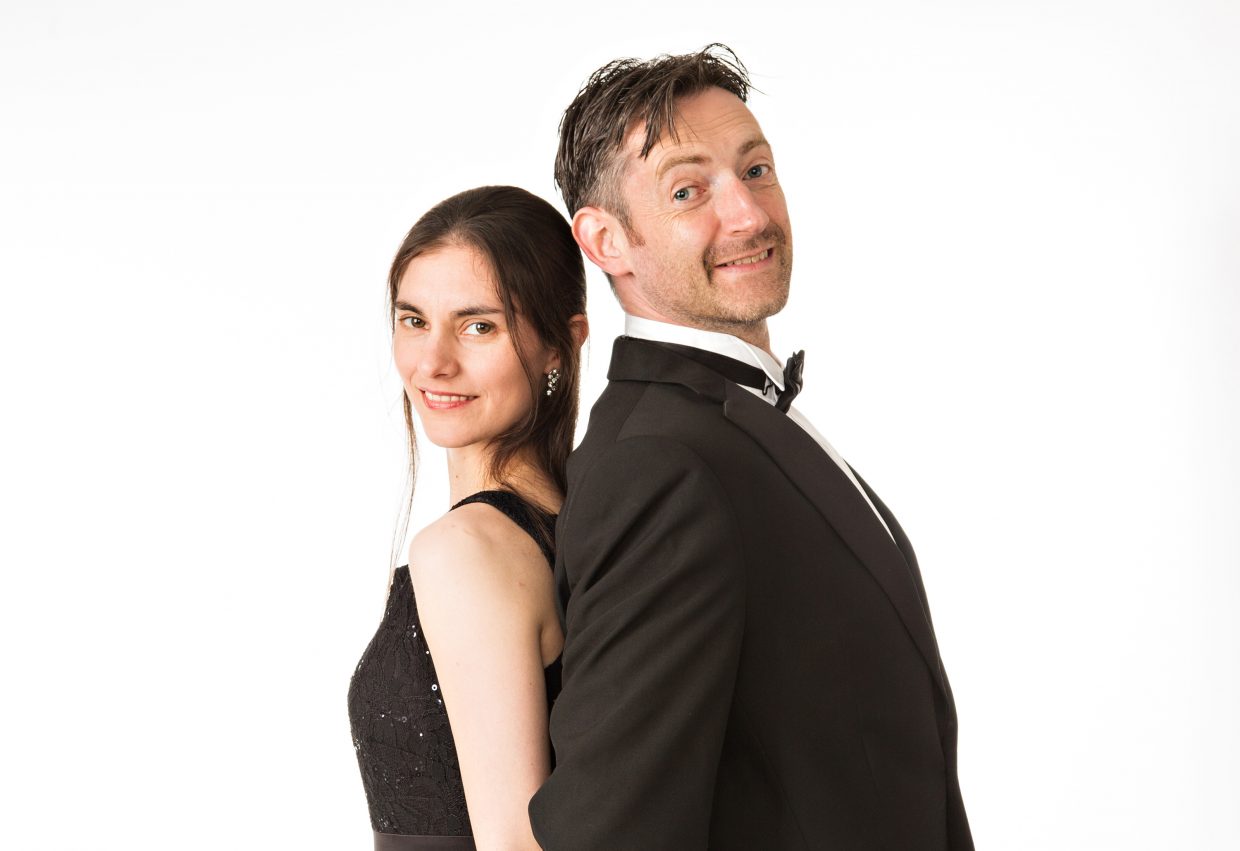 Lucy and Jonny have been performing as a duo since 2017. They met as founder members of the Sheffield-based quartet Sarentino Strings, and their mutual love of chamber music developed into a romantic relationship. They are passionate about introducing their audiences to lesser-known works. Recent performances as a duo include at Classical Sheffield’s Classical Weekend 2019, in St Anne’s Church, Baslow and in Chesterfield Library. They also have a regular Sunday-afternoon concert series in Fulwood Old Chapel, Sheffield.

Lucy is originally from Boston, Lincolnshire. In 2003 she completed a degree in music at the University of York, where she studied violin with Jonathan Sparey and Simon Jones. She went on to do a Masters in Performance at the University of Limerick with Mariana Sîrbu. She is now based in Chesterfield as a freelance performer and teacher. Since 2016 she has taught violin in the music department at the University of Sheffield. She gives regular solo recitals and in 2017 she completed a cycle of the Beethoven violin sonatas in Sheffield. She also has an occasional duo partnership with organist Mark Swinton, with whom she recorded The Lark in the Chapel.

Jonny grew up in Rotherham and studied cello with Jennifer Round. He was awarded the ABRSM’s Marguerite Swan Memorial Prize for the highest mark for Grade 8 Cello in 1990. Following a twenty-year break, he came back to playing the cello in 2013. Soon afterwards he joined Hallam Sinfonia, and in 2015 he was appointed principal cellist of Sheffield Symphony Orchestra. He performed Fauré’s Élégie in June 2018 at Wentworth Woodhouse with Rotherham Symphony Orchestra, with whom he has also been principal cellist since its formation. When he is not busy playing his cello, Jonny works as a freelance braille transcriber, proof-reader and copy-editor.