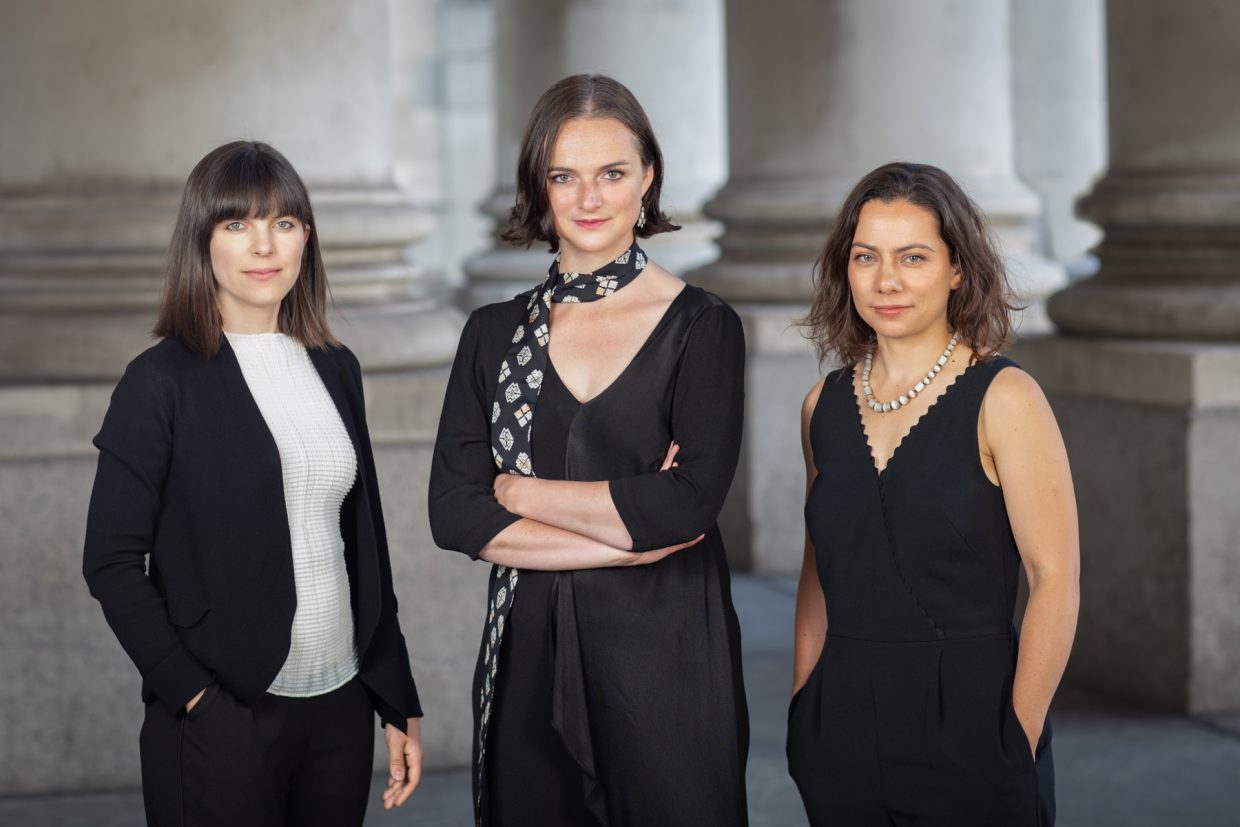 Recognised both for their performances of the cornerstones of the trio repertoire as well as lesser known works and their own new commissions, the Lawson Trio has appeared at major venues including London’s Wigmore Hall, King’s Place, the Southbank Centre, and at many UK music societies and international festivals, with live concert broadcasts given on BBC Radio 3 and ABC Classic FM.

The ensemble’s debut CD ‘The Long Way Home’ was released in 2012 on the Prima Facie label through ASC records. This disc, which features four of the Trio’s own commissions, as well as a recent work by Mark-Anthony Turnage, received a five-star review in BBC Music Magazine, and enthusiastic reviews in Classical Music Magazine, the Sunday Times and the Independent. In 2018 the Trio collaborated on a disc of premiere recordings of works by Gordon Crosse, including his Piano Trio revised for the Lawsons in 2012.

The Lawson’s commissions number new pieces for the genre from British composers David Knotts and Cheryl Frances-Hoad and they have had works gifted to them by Gordon Crosse, Anthony Powers and Camden Reeves.  They have also worked with composers Judith Weir, Cecilia MacDowall and Hugh Wood, for performances of existing repertoire. High-profile premiere performances of new work have included the complete set of works from their CD debut, recorded at the Southbank Centre for BBC Radio 3’s ‘Live in Concert’ programme.

The ensemble has been selected as a featured artist by the Park Lane Group, Making Music’s Concert Promoters’ Group, Music in the Round, Concordia Foundation and CAVATINA Chamber Music Trust, giving season highlight concerts at the Wigmore Hall for Park Lane Group and CAVATINA. In July 2011 the Trio travelled to Australia as one of 8 successful piano trios from international auditions, to compete in the final rounds of the Melbourne International Chamber Music Competition, which was broadcast live on Australian radio. They were also the first piano trio to be offered a Britten-Pears Residency as part of the chamber music programme at Snape Maltings.

Originally set up at Cambridge University in 2000, the Trio went on to pursue formal study as an ensemble as Junior Leverhulme Chamber Music Fellows at the Royal Academy of Music.

They have benefitted from the wisdom of many wonderful ensembles and individuals, including the Endellion, Chilingirian and Fitzwilliam Quartets, the Florestan Trio, Ferenc Rados, Siegmund Nissel, Martin Lovett, Colin Carr, Simon Rowland- Jones, Krysia Osostowicz and Peter Cropper, as well as Richard Ireland at the invaluable ‘Chamber Studio’ sessions he coordinates at London’s Kings Place.

Committed to bringing new audiences to classical and contemporary music, the Trio is constantly involved in educating young musicians through workshops, masterclasses, combined performances and interactive concerts, and especially through its work as Associate Ensemble to the Chamber Music 2000 contemporary music initiative.